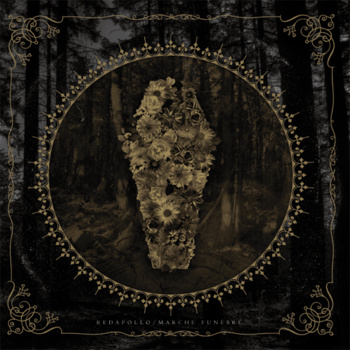 “Marche Funèbre” is the upcoming follower of the well praised debut EP “Quiet as Death” by Red Apollo. With influence by bands such as Isis, Deftones, Fall of Efrafa and many more, the sound of “Marche Funebre” is way more extensive and vaster than on the debut. The rattling drums, sagging guitars and a laconic voice build up a soundscape which is intensive and oppressive at the same time while unsettling and noisy interludes fill cracks between the songs to create a menacing atmosphere. The lyrical themes are about the morbid and shattering moments of life, sometimes for real, sometimes in fiction, nightmarish and inspired by authors like E.A. Poe, Algernon Blackwood or Charles Baudelaires “Les Fleurs du Mal”.