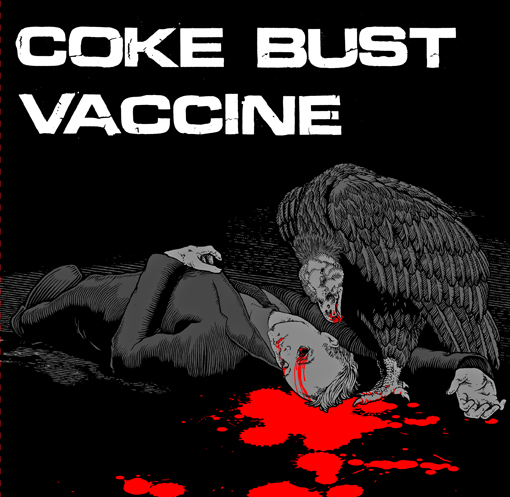 One of the most important release on Refuse in 2012 and also one of the most anticipated split release of the year. This is just killer combination of both incredible bands and there’s no way that you’ll be left dissapointed after listening this 9 loud assaults. This is ultra-fast ultra-raging straight-edge hardcore coming from Washington DC and Massachusets. Mindblowing and devastating. This is second release of COKE BUST on Refuse after incredible “Degradation” 7″. This way the band broke their their policy of working out with different label with every release and so we’re stoked and proud!. Super tight, unstoppable machine influenced by Heresy, Ripcord, early DRI and Infest. VACCINE is known from their three eps and this plain sonic, raw, noisy uncompromising attack. Members were in the bands like ORCHID, AMPERE, THINK I CARE, RELICS or involved in other things since over decade.