Dead Subverts started early 2008 in the depths of West England.
Originally they started as a three piece with Matt and Bo from “The Something Somethings” starting the band, then recruiting Pete from “2 Sick Monkeys” on the bass.

They spent several years playing every possible place such as France, Holland, Belgium, Germany, Czech Republic, Poland, Lithuania, Latvia, Scotland and Wales. After several tours, the last being with Global Parasite in May 2009, Jake from “Kamikaze Sperm”, “The Dangerfields”, “Epic Problem” joined the band.

“In Dead Subverts we feel that politics and the way in which we live is as much (if not more) important than the music, the music is simply a way to vent our thoughts and hopefully make a connection in a way we might not otherwise be able to achieve. We all have our own ethics, our own politics and cover various issue depending on who wrote the song, but we all agree on the fact that fascism has no place in any society. We will play anywhere whether it’s a pub, house, field, cave, rave etc but will not play for fasicst promoters. This being said we have made many friends across the UK and mainland Europe and are proud to be part of a strong DIY network of like minded people, and we couldn’t thank enough the people who have made this possible by putting us on, giving us somewhere to stay, feeding us or just made an effort to make us feel welcome. We genuinely appreciate it.”
Matt Bo Pete Jake x 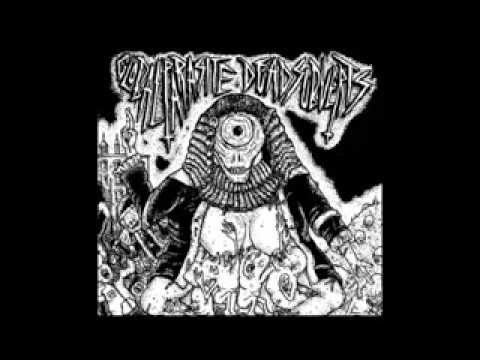