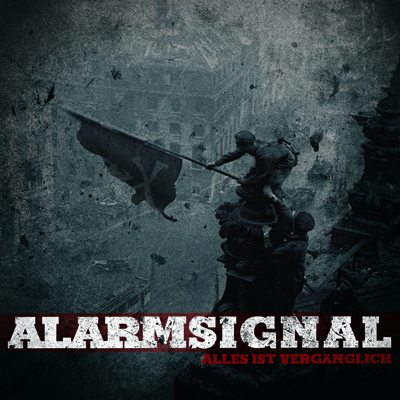 Finally, after five years, one of the most renowned punk band will release their fifth longplayer in cooperation with Uwe Golz ( Daily Terror) -featuring „Alles ist vergänglich“ by Martin K. (Rasta Knast). Thirteen songs from aggressive to melodic pass the mic on this album. Many thoughts, feelings and events have been processed to form this piece of art. Pain and pent-up anger will be released on „Alles ist vergänglich“.
Partially inspired by topics like farewell, ruthless treatment of humans and animals , your own sluggishness or that of others. As well as animadversion on parts of the milieu, for those who simply divine punk as a certain way of behavior or outwardness. „Alles ist vergänglich“ – tails between reality and dreams. Between political and personal topics, which may well make you think or feel like a kick in your face.

These 13 songs are the product of continuous enhancement. Big steps have been made while the band has still managed to stick to their roots! Catchy tunes and melodic parts. Still fat sing alongs that will incite you to join in.